As a consultant working for Triad with a range of organisations across the private, public and third sectors often when we talk to Test Automation Engineers about Robotic Process Automation (RPA) the first thing we hear is “It is the same as test automation with Selenium or similar tools”. I should confess that this is what I thought of it when I heard about RPA for the first time.

However, my view has changed since I started learning RPA with UiPath. In this article, I will present the differences I have noticed between the test automation and robotic process alongside some views on how to maximise the benefit from different aspects.

What is Robotic Process Automation (RPA)?

Robotic Process Automation also known as Process Automation or Intelligent Automation helps in automating repetitive tasks without using human power. RPA is a kind of technology that consists of software bot, or a “robot” to emulate and integrate the actions of a human interacting within digital systems to execute a business process. The RPA bots can do a lot of things such as entering data, logging into applications, accomplishing tasks, reading and sorting emails, log out, etc.

RPA is primarily used in applications that require repetitive actions. Processes that require complex calculations, accuracy and precision can be assigned to RPA robots to get the task done efficiently. RPA robots utilize the user interface to capture data and manipulate applications just like humans do. RPA tools like UiPath incorporate elements of Artificial Intelligence (AI) and can be used to automate any structured data.

In summary, RPA technology is used to reduce or eliminate the need for humans to perform high-volume IT support, workflow, and back-office processes, such as those found in finance, accounting, supply chain management and customer service.

What can RPA tools do?

RPA tools are used by business users to automate any business process or functionality. They can be used to automate the process in web, desktop, mobile applications, mainframe and SAP based applications and also the applications that are running on virtual machines (Citrix based) etc. Unlike test automation tools, RPA is normally used only in production environments.

In my opinion, RPA tools can also be used for test automation, however, this would be an expensive option. RPA tools are more powerful than the conventional test automation tools. It is easy to setup and use RPA tools with no coding experience required, hence, they suited and mostly used by business users. Most of these tools have ready to use features like “Robotic Enterprise Framework” (RE Framework) in UiPath that speeds up process design.

What is Test automation?

There are different approaches for test automation such as Unit testing, Integration testing (API testing) and Graphical user interface testing. Each have separate tools available to support these test approaches.

In order to get quick feedback, automated test scripts need to be executed as often as possible, ideally after every code change that is pushed to the repository. You can read more about test automation in my blog post “How to optimise test automation on Agile projects”.

Here are the few differences between RPA and test automation;

Hopefully, this article has explained how test automation and process automation tools both have a role in delivering automation solutions. The way I see it, the main difference is the environment in which they are used and the type of applications they can automate.

Test automation is used by QA team to verify the application under development as part of development life cycle, on the other hand RPA is used by business users to automate the repetitive tasks.

RPA uses bots (robots) to emulate the human actions to complete a process. Test automation is applied to verify the quality of the product whereas RPA is applied to the process associated with the business environment. RPA tools can be used for test automation, but it will be an expensive option.

Once this distinction is understood better, I believe that the opportunities for RPA in particular become easier to identify and more numerous across a typical business. The analysis above is based on my experience with Test automation and RPA. 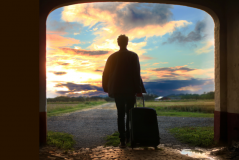 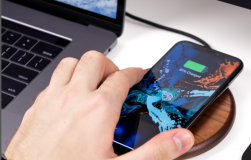