What's changed in IT in the last 30 years

What's changed in IT in the last 30 years

30 years ago, the IT landscape was a very different place. The personal computer market for example was in its infancy. If you were one of the 15% of UK households with a home computer, you’d probably be rocking either a Commodore 64 (the best selling personal computer of all time) a BBC Micro or a ZX Spectrum.

Back in 1988 Microsoft was but a baby too, its Office product was still a year away from launch and its predecessor – Microsoft Works – was a word processor, spreadsheet and database application sold with the Apple Macintosh.

Mobile phones were the size of house bricks. The Motorola DynaTAC – the first commercially available mobile phone, weighed a kilo, offered 30 minutes of talk time and took 10 hours to charge.

In thirty years, we’ve seen incredible innovation in IT products, not just in computers and phones but in the internet, in social media, to the point now where digital transformation is sweeping businesses across the globe, sparking a significant rise in the number of IT contracts awarded to third parties. In the first quarter of 2017, a record €1.4 billion of IT service contracts were awarded in the UK.

IT directors in 2018 have a vast array of products, services and vendors to choose from when it comes to running IT projects, and computing power and the cloud have transformed the sector. However, there are some things that haven’t changed in 30 years, IT projects can still fail, for the same reasons they did back in 1988.

Why do IT projects fail?

We recently surveyed 37 IT managers to find out why IT projects fail and the findings could as easily be applied to 1988 as to 2018. Many managers highlighted a lack of transparency as a major reason for projects failing, particularly in areas like resourcing, management and project delivery.

When it comes to resourcing, IT directors often cite the problem of people being hired by their IT supplier to fulfil a project, rather than already being part of an existing team, which impacts on quality. As one IT director put it; “You get the A team during due diligence and the C team for implementation.”

Poor senior management is also often mentioned as a reason for project failure. When too many projects are being juggled and financial pressures are driving the process rather than a focus on quality outcomes. When this is the situation, IT Directors want to know immediately, not 12 months down the road.

Too many IT suppliers over-promise and underdeliver, whereas IT directors would actually prefer it the other way around. One discriminating or one insightful interviewee observed that if a supplier says yes to everything you throw at them, you should run a mile, because he knows they haven’t properly considered what is required to deliver the project.

Setting realistic expectations, applying rigour and discipline, involving the right people and respecting the process and feedback are some of the characteristics that IT directors quoted as the behaviours of the best IT suppliers. In that respect, nothing has changed in 30 years – nothing at all.

Triad’s free eBook ‘What is the DNA of the very best IT suppliers’ can be downloaded here. 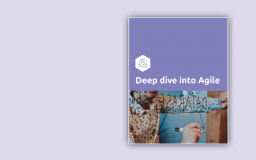 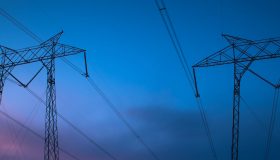 Innovation in Utilities and the role of Intelligent Automation - podcast