I recently read about a move by brewer AB InBev to replace its unwieldy estate of sprawling IT systems with a unified system; this marks a bold commitment to drive efficiency and data performance. This type of move is representative of a growing awareness of ITs crucial role in future proofing business success.

Where today’s business needs to be agile, legacy systems are cumbersome and slow. With digital transformation an urgent catalyst, it’s little wonder that around a third (31%) of CEOs pinpoint gaining a competitive edge through improved IT tech capability as a business priority (Gartner).

Start-ups have the enviable greenfield opportunity to build their IT infrastructure in step with, even ahead of the curve. The majority of today’s businesses, however, were built on what would now be coined legacy systems, those tech solutions implemented to perform critical jobs from day one. While the services they offer may remain as relevant as when implemented, the tech and its accompanying support have often become obsolete.

The classic example is big banking systems, set up in the 1970s and ‘80s, exemplify legacy that just wasn’t built for change. Born as masters of tech innovation alongside the advent of ATMs, BACS and international payments, banks largely failed to replace their core systems and suffered the consequences.

Most legacy systems will have problems in terms of functionality, display certain characteristics; frustrating workarounds, bolt-ons and slow business processes. Poor quality of data and inadequate reporting tend to hamper productivity further. It all hardly amounts to a slick operation.

There comes a stage where organisations must recognise the need to move away from their legacy systems, as they can only be updated so far. Where a legacy system no longer fits and functionality becomes a problem, the decision on whether to stick or twist has to be made.

Taking a sticking plaster approach, while tempting in the short term, often isn’t a sustainable option. Complex integrations with older unsupported systems and an organisation can end up implementing long term workarounds and bolt-on functional modules on to an already fragile architecture.

Where a legacy platform has been static for 20 years, systems become redundant. Putting in a point solution to a point problem, rather than resolving core problems, risks papering over the cracks of a core estate. While working with potentially unsupported software and old hardware means potentially failing to reach that wider audience through digital channels.

Interestingly, the C suite is now driving much of the digital transformation agenda. A sign, perhaps, of IT being elevated from support function to a critical business one.

An example came when Delta Airlines had to cancel 2,300 flights in the summer of 2016 due to a technical glitch, resulting in a cut its profit guidance for the third quarter. At the time, chief finance officer Paul Jacobson declared that the airline was as much a technology company as an airline and it needed to improve its systems.

Overhauling legacy is a daunting prospect, both financially and operatively. It calls for what can seem a high-risk transformation. While bulldozing existing systems is rarely an option for established institutions, the CEO mindset is becoming more open to introducing new applications, services and approaches, with the ability to scale. Failing to do so, they are realising, poses too great a risk.

If you’re interested in reading more about Legacy systems and how they impact digital transformation, read the Triad’s IT Leaders and legacy challenges eBook here. 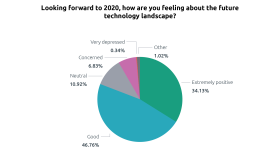 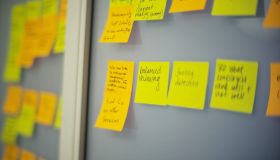 Triad appointed to the Automation Marketplace by the Crown Commercial Service